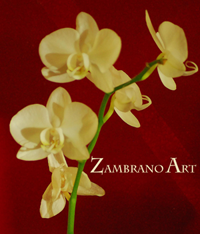 Mario and OW7 enter a crowded dance club.  An ugly woman is instantly infront of  OW7.  She is much younger than she looks, wears thick glasses, a uni-brow, and a sloppy crooked mouth slathered with too red lipstick.

She gushes at OW7, and her eyes open wide like a doe frozen in headlights.  She’s wearing a red dress.

–OW7 makes his way through the crowd.  He gulps down cocktails that are handed to him, takes a couple of shots from a waitress’ tray.

–He hugs men and women as he dances and walks through the crowded dance floor.

–Women and men throw themselves against him.

–A good looking guy grabs OW7’s ass as he hugs him.

–Mario talks to a woman at the bar.  She slaps him and walks away.

–The crowd thins out, the lights are turned up, many people cover their faces and rush toward the exits, the music stops.

–Across the room OW7 sees a sexy woman from behind.  She has long wavy hair and wears a red backless dress.

OW7 crosses the room, throws his arm around the shoulder of the woman in the red dress.

Through a double doorway into a plush hotel room, a trail of strewn clothes leads to the bedroom:  a red silk dress, high heel shoes, silk stockings, OW7’s shirt, jacket, and pants, and his and her underwear.  BARRY WHITE MUSIC plays softly.

A white silk sheet is draped over a curvaceous female.  Her legs, butt, and waist are covered, and the smooth beautiful skin of her bare back and shoulder is bare.  The woman’s long wild hair flows over the pillow.

OW7 sleeps.  He slowly opens his eyes and he wonders where he is.

He smiles as he sees an empty bottle of champagne upside down in ice bucket, one glass is on its side, another has a small amount of champagne in it.  He rolls his head over.

OW7’s eyes open wide, as the ugly woman with a mono-brow from the night before snores morning breath directly into his face.  She is deep asleep on his arm.  He wants to vomit.

He scans the room over the sleeping woman.  His eyes go to his crumpled pants and jacket on the floor, then to his shoes by the door.  He spots his shirt draped across a chair.

He tries to pull his arm from under her head, but she begins to rouse.  Over the woman’s shoulder OW7’s head bobs as he chews his own arm off below shoulder.

A minor earth tremor, he stops raises head to look around.  His mouth is bloody in the shape of a goatee.  He returns to chewing the arm off.

As he pulls his shoulder away from the severed arm, a thin string of flesh is still attached.  It makes his hand his move, which strokes the girl’s hair, she smiles and whimpers, and continues snoring.

OW7 steps off the bed, sprints across the floor and grabs his pants with his good hand.  He slips into them in mid-stride, throws his white shirt over the good shoulder and arm, and watches as the bloody stump morphs into new arm.

OW7 shakes his upper arm which forces the growth of the new hand and fingers.  No longer bloody, he puts on shirt, and slips into shoes as he exits the suite.